“The best way to appreciate your job is to imagine yourself without one.”~ Oscar Wilde

I had resigned from my job in July 2011 after working for 6.5 years and moved to Bangalore with D. After being in the teaching profession for so long and loving and enjoying it to the core, I couldn’t think of any other career. But I had no idea that the search for a new job in Bangalore would be hard even when there are so many engineering colleges here. For the same reason I had not searched for a job before resignation. Though I admit I was not that proactive in the beginning because I was kind of enjoying the break from work and was also busy setting up home and playing host & good DIL to in-laws. 🙂 But soon enough I became proactive and here is my tale of job search in Bangalore.  Why a whole post on a topic like job search? Because it is my first experience of job hunting. My first job is the only job I have ever been in and I had got that quite easily. I stayed at same job and same place for 6.5 years.

So I shortlisted all colleges in feasible distance [ until one doesn’t live and travel in Bangalore, one can’t imagine how tiring and frustrating it could be to go to a place even only 15 km away] and sent my résumé to them. But the response was nil out of reasons I couldn’t fathom because with my qualifications and experience I hadn’t expected a dearth in offers! Recession could not be the reason as education industry is booming as usual [it is another matter that teachers don’t paid the amount they deserve]. Could it be regionalism? I don’t know for sure but I feel regionalism is one of the factors at play in educational institutes here. 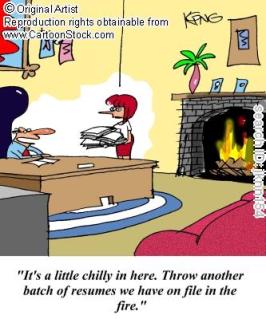 In September I received a call for interview from an Engineering college near to our home. I met the Principal but didn’t like the standard of the college or the students. After having worked in one of the top colleges of my state, I was not ready to settle for such a college. So I didn’t pursue the offer further. Job applications and resume mailing continued further. I even visited few colleges personally. 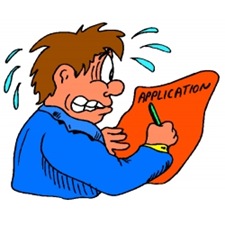 One more thing that has struck me odd about Engineering colleges here is that they don’t have good websites or if they do, they don’t mention the faculty names in websites and even if they do that too, I have not found a single college which mentions its lab staff in its website. Also in one college, the one where they charged me for parking, I had gone to ask upfront why wasn’t I called for interview [yeah, I was pretty pissed as I had applied in person the day their ad came in Ascent. I had really hoped for this one as the college is good and near to our home] I had a meeting with the HoD and while we were talking, two first year students of his stream came to ask for their ID cards. And the HoD went on to do such a trivial job himself!! 😮 Such things used to be handled by the office attendant in my ex-department. Come to think of it, I didn’t see any such staff around too. Are there no office attendants in Engineering colleges over here? 😐

Anyway so nothing came out of my meeting and my job search continued. 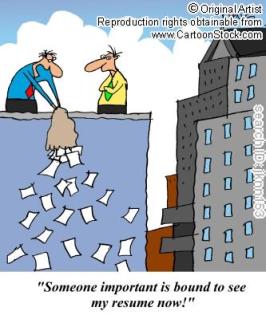 In December, I received an interview call from another Engineering college on Mysore road which is like 30 kms from our home. Still we decided to go for experience sake. I had been asked to prepare a demo lecture of 15 mins on any topic. Studying after a break is so hard!! Reading textbooks is the sure cure for insomnia I tell you! They had asked to come by 9 am and we reached 15 mins early, that too on a Sunday morning! Poor D! They had scheduled interviews for all streams on the same day and so many candidates had come! Their arrangement was disorganized and by the time my turn [Interview was conducted experience wise and I was third on list] came it was 12.30 pm! The interview went well [though I didn’t like the HoD’s ridiculing and smirking nature] and they had arranged for a good lunch for all the candidates. Feed me to please me 😀 But sadly their offer was lower than what I used to get [ Was shocked to know that in Karnataka, colleges still follow the 5th Pay Commission guidelines ] and so I flatly refused them and we came home.

Getting a job had become not only about financial independence or double income – more comfort – more stability but also about retaining one’s confidence and knowing one’s worth in this new city. Even if I chose to become a homemaker, it would be on my terms not because no one hired me!! The uncertainty was frustrating and the crashing of plans disappointing. Not to mention the same question from relatives and friends and ex-colleagues repeatedly on every phone call – “Have you got a job yet?” Aarghhhh! 😡

For many people a job is more than an income – it’s an important part of who we are. So a career transition of any sort is one of the most unsettling experiences you can face in your life.  ~Paul Clitheroe

The title of my post is inspired from this famous song sung by Kishore Kumar in his film Naukri in 1954. Listen to it from 1:42 min

Rest of the tale in my next post. To be continued.