So the year 2013 ended at last and that too with a bad news as usual; the news being the announcement of a lousy increment in salary at work. I was so sad that I cried at home. I cried at the unfairness and the unappreciative attitude for my work and dedication. I am highly unmotivated now and have decided not to be much proactive at work now. 😦 Reminded me of the quote:-

“Make no mistake: Your salary is held to the same standards your grades were held to in the educational system, where you couldn’t surpass a 100 no matter how hard you worked or how intelligent you were.” ― Carlos Roche

# Travel – travel is the first word that pops in my mind when I think about 2013. Kolkata in January, Talakadu in February, Kanyakumari – Poovar in March, Shillong – Cherapunjee in May, Krishnagiri – Shivanasamudram in July, Erode in August, Dharmasthala – Malpe in September and my hometown in November. Phew!! 🙂 🙂 Travel wise 2013 was awesome!!

# Work – Work place has been exciting, challenging, frustrating, surprising and annoying in the last year. Some old colleagues went and some new colleagues joined. Old students moved to 3rd semester and new students came in. Old groups broke and new groups formed. Got a new job offer with good increase in salary but refused it. Participated in Antakshari competition at work and lost by just one mark!! Participated in a quiz event and got second place 🙂

# Home – D and I continue to be happy with the usual crazy stuff and usual married life stuff thrown in 😀 We booked an apartment at last after much speculation and now we are formally under home loan debt. And the price of real estate in Bangalore…phew!! So wish us luck in this arduous journey of buying a home in a metro city. Fingers crossed! 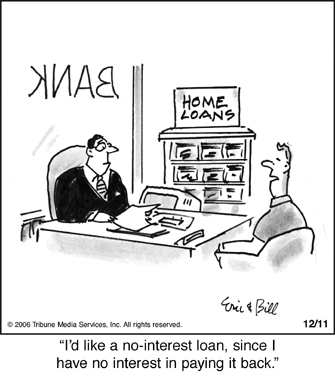 # Family – On the family front 2013 has been not that good. In July, my sister’s bag containing two laptops, one tablet, one mobile and two pen drives was stolen in a professional way from the inside of the airport building at Copenhagen. 😦 All the important data, passport, resident card, research work, photos..everything was gone. But I think after that my sister has attained a new level of detachment from worldly materialistic possessions. 😀 😛 All “moh maya” gone 🙂 Then, my in-laws had come towards June end and were planning to stay till November.But in September, after receiving late night call from neighbors about an attempted robbery at home by a gang of robbers, they had to leave hurriedly by that morning flight. It was a very stressful time for all of us.

So now as 2014 starts, one resolution I would definitely like to make is about my blogging habit. I will definitely be more active in blogging, reading and commenting this year. I will write more often. I will try to take part in all these blogging contests that keep happening every month!! Fingers crossed!!

I started to blog in December thinking I will do a daily post challenge but I didn’t go ahead after one post. December was a hectic month at work but January is going to be a relaxed one because of semester break. So I wanted to post this post on January 1 and take up a daily posting challenge this month but by the time I completed the post , clock had already struck 12 and now it is showing Jan 2. Sigh!! Is that a sign?? 😦

Anyway here is wishing all my readers and visitors a very happy, healthy and prosperous new year!!

“Another fresh new year is here . . .
Another year to live!
To banish worry, doubt, and fear,
To love and laugh and give!

This bright new year is given me
To live each day with zest . . .
To daily grow and try to be
My highest and my best!

I have the opportunity
Once more to right some wrongs,
To pray for peace, to plant a tree,
And sing more joyful songs!”
― William Arthur Ward

I don’t remember the first book I picked up….I think it was an Archie 🙂 After that I moved onto Enid Blyton, Carolyn Keene, Franklin W.Dixon, Erle Stanley Gardner and so on. Our book collection expanded like anything with more contribution from my sister as she is a bookworm!
Many timeless books like Malory towers, St.Clares series were passed on to me by a very dear friend.

END_OF_DOCUMENT_TOKEN_TO_BE_REPLACED

My Favorite TV Show : The Big Bang Theory or TBBT as we fans call it. It is a MUST watch for everybody who loved ‘FRIENDS’, love science, all DC/Marvel etc comics and those who are geeks themselves. The humor is different from  that of FRIENDS and the romantic stuff is very cute. And who would not love Sheldon Cooper and his idiosyncrasies?

My Favorite Rcent Movie: Barfi! The romance, the sentiment, the emotion, the acting, the story, the songs…a super-hit movie. I cried at theater and at home. Again a must watch but not for the unromantic people. But one thing – the super thin bony Ileana D’Cruz portraying a Bong girl..the Bong neighbors and relatives must have hounded her mother like anything saying “Eyy Maa! Eto Roga Mey Ta. Bhalo korey khawan na? Harr jirjire chehara! Ishh!” 😉 translation – “oh my god! the girl is so thin. Don’t you feed her well? such a bony figure!” 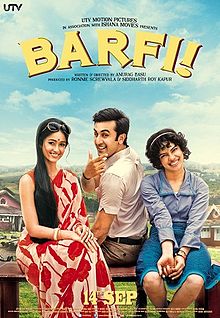 My Favorite Song :- Kaun Mera sung by Chaitra from the movie Special 26. Such a melodious song.

My Favorite Dessert :- Brownie with Ice cream and that too the one US Pizza has on its menu. Its simply awesome and has made me like chocolate sauce!!

At this point, D is insisting that I should mention “My favorite Husband” with his name 🙄 I suspect he liked reading about himself on my famous blog. 😀

A birthday is just the first day of another 365-day journey around the sun.  Enjoy the trip.

As a child, I simply loved celebrating birthdays with cake cutting ceremony, balloons and gifts 🙂 Lunch also used to be a major event with an extensive menu of at-least 7 different types of dishes. Not that I had any huge birthday party…it was just a family affair. Later in teenage, when I developed a close friendship with my classmate and neighbor, she became the sole invitee to my birthday celebration. As soon as my birthday was over, I used to countdown to the days remaining for the next birthday. 🙂

Then I went to hostel. I still remember the first birthday I celebrated in hostel; the midnight wishes, receiving card and gifts, the cake smearing more than cutting, midnight snacks and cold drinks, dancing routine and the birthday bumps, giving treat to friends next day or someday in the week. 🙂

Then I came back home and though again there was no invitee, celebrated birthday with same enthusiasm. If my birthday was after summer vacation at work, I distributed sweets at work and gave treat to colleagues-friends. Although I had the policy of taking leave on that day if there was nothing urgent.

After marriage, birthday celebration has been with D alone. But with cake and balloons nevertheless and of course gift, movie and restaurant lunch/dinner. And blessings/wishes from both sides of the family.

But this year, after many years, I had to go to work. Though it was a holiday due to fourth Saturday, there was exam scheduled on that day and those coming to work will get a compensatory leave later. So for the benefit of an extra leave I decided to go. It was an enjoyable day. I distributed sweets to all colleagues present and my lunch group colleagues-friends gifted me a saree which was a complete surprise. By the time I reached home it was 5.30 pm and we were going for dinner outside so no time to bring cake, cut it etc. So there was no cake and no balloons. Just a quiet dinner at Barbecue Nation. Well not exactly quiet…with the loud music and servers doing a dance routine 🙂 That is Barbecue Nation style.

D’s 6-year-old nephew called to wish and inquired about my birthday celebration and after hearing that I didn’t cut any cake and didn’t put up any balloons, concluded that I had a very “boring” birthday. Sigh!! 😦

So I think, as my mother used to predict, I have grown out of the phase of usual birthday celebrations and counting days to the next birthday. Someday in the coming years I may even forget its my birthday. God forbid!!! 😯

But then……….Growing old is mandatory; growing up is optional.  ~Chili Davis

P.S. for those who don’t know, my birthday was on 22nd June and it was also my WordPress birthday as in I had moved my blog from Blogger to WP in 2008 on that very day.

2012 began. I had been six months out of job. But those six months had been quite busy – visits from in-laws, parents, brother-in-law, sightseeing trips and then there was settling down in a new city. 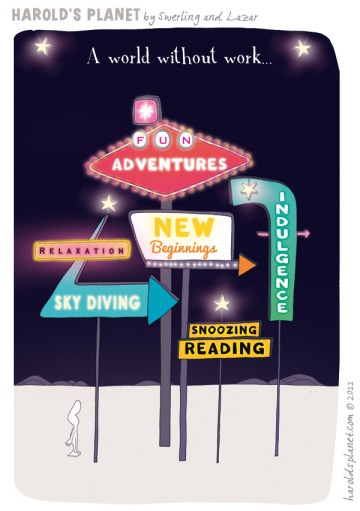 END_OF_DOCUMENT_TOKEN_TO_BE_REPLACED

So I am back from my trip to Ahmedabad and Delhi. Well it has been one and half week but you know the law of inertia 😀 Of course, travel posts on my travel blog and reblogs here will be posted. Oh God I have so many pending posts to write – Mysore, Pondicherry, Mahabalipuram, Ahmedabad and New Delhi – that my laziness grows! Anyway so here are some updates.

END_OF_DOCUMENT_TOKEN_TO_BE_REPLACED

As my readers may remember, I have moved to Bangalore or Bengaluru. It has been 3 months now. I haven’t started working yet and in-laws are here since two months…new place, new life, new routines were responsible for the blogging break. So, here are some random updates, thoughts and comments from the last three months of my blogging break. Hence the title… a new “My Random Thoughts” BREAK KE BAAD 😀

END_OF_DOCUMENT_TOKEN_TO_BE_REPLACED

No, not the Harry Potter series [which would make a very sad post if I start writing about my feelings when this phenomenon..this era..the magic is coming to an end 😦 ]

What is coming to an end, hopefully, is my tryst with studies. In spite of my insincerity and lack of concentration, I have managed to come a long way on this path (credit to my sister, my intelligence, memory and luck. Here are some memories from each step of the long ladder I have climbed till now :-

END_OF_DOCUMENT_TOKEN_TO_BE_REPLACED

This post was destined to be a movie review post but due to bad Internet connection, laziness, busy life and travel it got delayed and more delayed till it has now become a casual bulleted post giving my readers some random updates instead of a post having paragraphs. Sigh!! Such is the influence of Twitter. But then brevity is the soul of wit! 😀 But this is not a funny post either. Sigh!

END_OF_DOCUMENT_TOKEN_TO_BE_REPLACED

As I had told in my status report, I was away on my one month-long summer vacation. But the sad part was that I did not get Internet connection due to some problem with Windows 7 and Tata Photon. 😥

3 weeks with Internet access limited only to GPRS on mobile was quite…detoxifying!! On the downside I got addicted to Star World and Fox Crime

END_OF_DOCUMENT_TOKEN_TO_BE_REPLACED

He sketches, plays guitar and sings. I read books, blog and tweet.

He loves hot and spicy food. I can’t eat anything having more than 1 mg of chilly.

He loves horror movies. I never watch any.