I love watching Oscar awards more than any Filmfare or Star Screen or xyz awards and luckily I have been able to watch it every year except when I was in hostel during my B.E. This year, I got up as early as 6.15 am today to watch 81st Academy Awards live on Star Movies from 6.30 am. This was possible only because today is holiday due to Mahashivaratri. I can catch up on my sleep later. 🙂

The host Hugh Jackman’s performance was awesome!! And the new style of presentation like calling previous winners of the actor categories to announce the new winner was good. The performance before Best Song was wonderful too. But the Academy Awards of 1999 hosted by Whoopi Goldberg was the most enjoyable of all the ones I have seen. Hugh didn’t try comedy one liners and digs at people. Instead he gave a wonderful musical performance with Beyonce.

Slumdog Millionaire swept the Oscars with 8 statuettes including Best Motion Picture and Best Director. A.R.Rahman , the Indian music maestro won 2 – For original score and original song “Jai Ho”. Wow!! great!! I hope our Hindi film Industry gets inspired and stops producing movies like Chandi Chowk to China or Drona and concentrates more on A Wednesday,TZP genre. Even if Slumdog Millionaire isn’t that great a movie as some think, still it is far better than the kinds of Yuvraaj, CC2C, Drona, Kidnap etc. The presenters (Alicia Keys and some guy) for the Original score and song pronounced Rahman as “Raqhman”. How hard is it to pronounce Rahman?? I mean  they find it easier to pronounce from the throat rather than using the tongue and roof of the mouth?

Sean Penn (Best Actor for Milk) and Dustin Lance (Best screenplay for Milk) gave nice acceptance speeches and touched upon the subject of equal rights for gays and lesbians. “Smile Pinki” – a short documentary film about a six year old Indian girl with a cleft lip, won the Oscar for best documentary.

The NDTV reporter who was reporting live from the Red Carpet was totally star struck. After she got hold of Mickey Rourke, she asked him the same old question our reporters ask after any catastrophe or accident or any event – how are you feeling? Sheesh!! She got hold of Sophia Loren too. The team members of Slumdog Millionaire were fine except Anil Kapoor who looked star struck and said strange things – “Slumdog Millionaire is an Indian film. We love Mumbai. We love Maharashtra”

Errr..what?? Planning for next Elections? 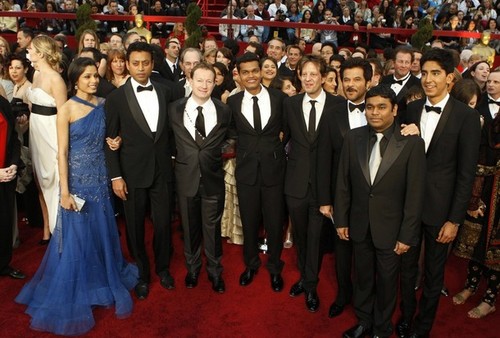 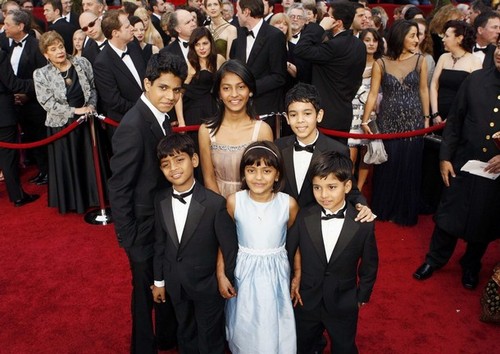 Heath Ledger‘s family accepted his award for Best Supporting Actor for his performance in The Dark Knight. A good actor, a handsome young man, a talent, a superstar-to-be dead at 28 yrs makes me wonder how the best laid plans of men go astray by a stroke of fate.

Wall-E won the Oscar for Best Animated Film. Yeyy!! I knew the cute love story had to win!! If you haven’t seen it yet, get the DVD and watch it!

You can see all the nominees and the winners at the 81st Academy Awards at this link here.

– a tie for Best Actress category at 41st Academy Awards

– a streaker arriving on stage at 46th Academy Awards

– Will Ferrel and Jack Black singing the lyrics of the music that is played when one exceeds their time for speech at 76th Academy awards.

You can check out the time capsule at oscar.com.

36 thoughts on “The 81st Academy Awards and Oscar Trivia”